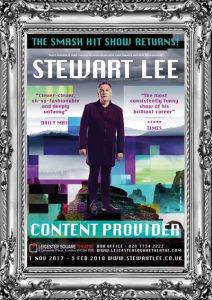 has been promoting theatre, comedy, literature and music for 35 years. After an MA at Birmingham University in Shakespeare Studies she continued working at the Royal Shakespeare Company (where she began in the box office as a holiday job aged 15) and then as Press and Marketing Director at the English Shakespeare Company and at the Royal Court Theatre.  As a company director at Borkowski PR for 4 years she headed-up many high profile campaigns including for Cirque de Soleil, Prince, Liza Minnelli, Shockheaded Peter, De La Guarda, Never Mind the Buzzcocks, The Lakes (BBC2) as well as many corporate and brand accounts.

Hob Publicity was established in 2000 with Sarah O’Brien and in 2007 Carl Smith joined the team. Passionate about theatre and comedy, Sally has worked with many of the UK’s leading producers, venues,  promoters and publishers ensuring clients receive a strategic and integrated service that results in sold-out houses, best-selling books, critically acclaimed and award-winning TV and DVD shows. She also enjoys working on a smaller scale with many subsidised sector clients and has led campaigns for a thrillingly wide variety of shows at the Edinburgh Fringe for nearly 25 years. She has served on the UNICEF Media Relations Committee, is a member of the Arts Marketing Association and is a director of Homer Simpson Productions

trained as an accountant and joined Hob Publicity as an assistant tour publicist for Fascinating Aida. Carl specialises in large scale touring, with ten years experience of liaising with hundreds of venues he has unrivalled regional marketing and budget management skills as well as being a whizz at ticketing, yield maximisation and sales reporting.